Today we want to show you the importance of intellectual property intensive industries. As the United States Patent and Trademark Office announced in a press release according to a comprehensive report of the U.S. Commerce Department entitled “Intellectual Property and the U.S. Economy: Industries in Focus,” intellectual property (IP)-intensive industries support at least 40 million jobs and contribute more than $5 trillion dollars to, or 34.8 percent of, U.S. gross domestic product (GDP).

“This first of its kind report shows that IP- intensive industries have a direct and significant impact on our nation’s economy and the creation of American jobs,” said Commerce Secretary John Bryson. “When Americans know that their ideas will be protected, they have greater incentive to pursue advances and technologies that help keep us competitive, and our businesses have the confidence they need to hire more workers. That is why this Administration’s efforts to protect intellectual property, and modernize the patent and trademark system are so crucial to a 21st century economy that is built to last.”

While IP is used in virtually every segment of the U.S. economy, the report identifies the 75 industries that use patent, copyright, or trademark protections most extensively. These “IP-intensive industries” are the source – directly or indirectly – of 40 million jobs. That’s more than a quarter of all the jobs in this country. Some of the most IP-intensive industries include: Computer and peripheral equipment, audio and video equipment manufacturing, newspaper and book publishers, Pharmaceutical and medicines, Semiconductor and other electronic components, and the Medical equipment space.

The report has several important findings, including:

• 40 million jobs, or 27.7 percent of all jobs, were directly or indirectly attributable to the most IP-intensive industries in 2010. 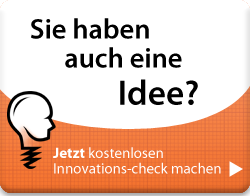